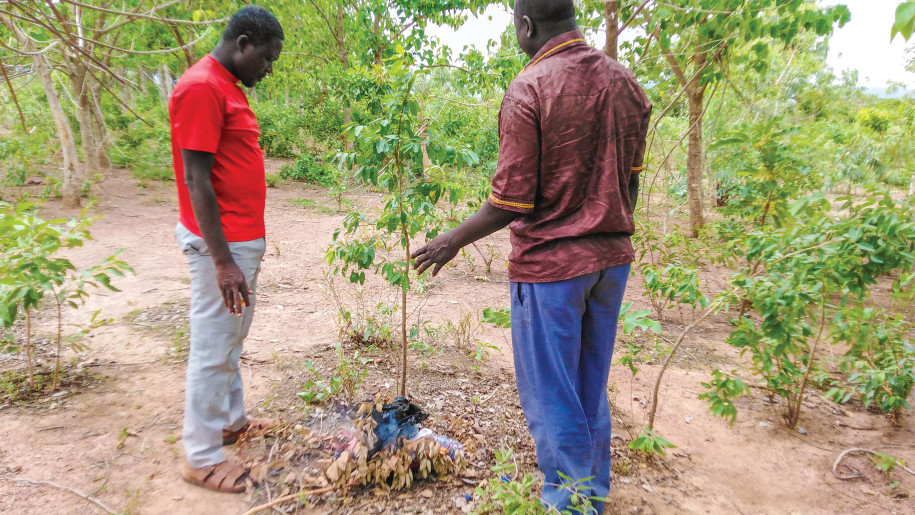 Fidel, Andre, Alice and Charles had been fervently praying for Clarisse for the past couple of days as they worked with the Lord to deliver her from the bondage of Satan. It had been going well, as well as deliverance goes. The next day, Clarisse was supposed to tell them which items to retrieve from her parent’s house so that they could be burned—necessary to further break Satan’s claims on her life. However, Satan was not willing to let that happen.

The next day, Clarisse was unresponsive when Fidel, Andre, Alice and Charles arrived. She was lying on the ground with her eyes and mouth so tightly closed that she could neither see nor speak. Under her own power, she was unable to open them. She was not responsive to anyone who talked to her, yet she also had no fever.

Fidel called me and asked a few questions to ensure that she did not have malaria, which can sometimes make people act like they are possessed. Since she had no fever, I was able to eliminate malaria. What can I do? I thought to myself. Fidel then told me to come to Clarisse’s home. So I went, praying on the way and preparing myself.

When I arrived, Clarisse was lying on a cloth on the floor and unresponsive. She did not have any chairs, so I sat on the floor, up against the wall and away from her feet, while they shared with me the events of the deliverance to that point. As we were talking, I said I thought that Satan had locked her eyes and mouth so that Clarisse could not let us know what to burn. As I said that, she jerked a bit. I am sure the Holy Spirit was guiding my words and thoughts, and I got mad at Satan—righteous indignation perhaps? I knew I was on the right path.

So I started rebuking Satan in the name of Jesus, telling him that I knew he was listening to all we were saying and that he would need to go. As I continued talking, Clarisse started to wiggle and howl and twist and turn. The others began to rebuke Satan also. I then read several verses to remind Satan that Jesus is the victor over him, that Christ won the battle on the cross, and that our Lord gave us the authority over him to rebuke him and send him out.

This continued for three hours. My voice was raspy and my throat was hurting as I already had a cough, but water was provided and this helped immensely. As we continued, it was very noisy because we were all talking, singing and rebuking at once. We then started to order Satan to release her mouth and eyes. After another 15 to 20 minutes, they started to slowly open. I put the Bible on her head as we continued praying to God to deliver Clarisse.

Finally, Clarisse was able to speak. She confessed that Jesus was the Lord of her life. With more rebuking and praying, she was slowly able to get up and, even more slowly, walk around the room. Clarisse could not do that earlier. After a few minutes, she was lucid enough for Charles to ask what had happened to her the previous night. Clarisse said that, in her dream, there was a young girl who came and gave her an avocado. Then, when she had eaten it, it blocked her throat so she could not talk, and breathing became difficult.

Using Charles’ phone, Clarisse described to her mother the items which her father had given her during the demonic ceremony—the ceremony which led to Clarisse becoming possessed and her father becoming spiritually unstable. We did not want her to be attacked again, so Charles and I went with the truck to get the items. Her mother brought out the things she knew about, and we took them back to where Clarisse was living. But when we got back, she said that there was still another bottle with some powder in it.

After retrieving the bottle of powder, we collected Clarisse and the others at her house, then traveled to my house in the bush to burn everything. We could not do it in town as everyone would be there looking, thinking we were making an offering to a fetish instead of burning her items to break the satanic connection.

Her face was quite puffed up and she could not walk more than a few steps since she remained very weak. Though she showed improvement the following day, it would take several more, and a trip to the hospital for hydration and treatment, before her body would be fully cleansed from the powders she had ingested during the demonic rituals.

Today Clarisse is free, and the difference is remarkable! She is now able to pray out loud and with confidence. We helped Clarisse move out of her parent’s house for her security, as the situation there was getting worse and we were not sure if her father would try to kill her because his mental health continued to decline.

Our God is an awesome God—always ready to free anyone who comes to Him for help. 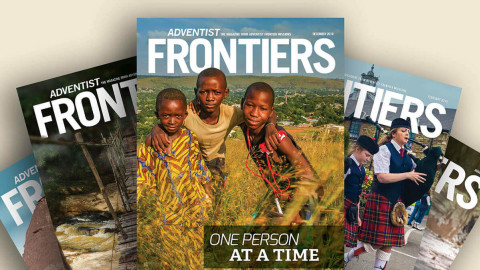