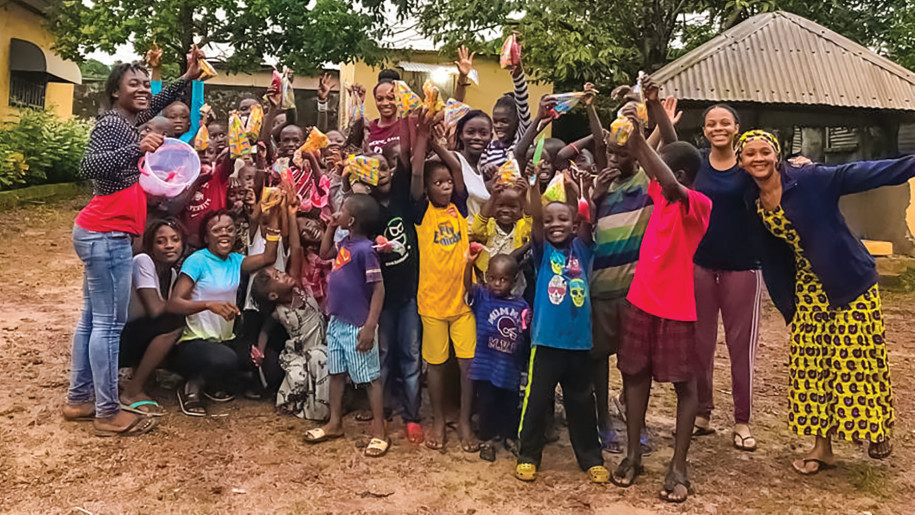 Pamela, a student missionary from Brazil, started working with the children during her time here in Guinea. She has a heart for kids, and she came to serve on the Susu Project as a Portuguese teacher. Two weeks into her time of teaching, I called her and her friend Hannah, another SM who was serving as a medical missionary in a nearby village. In our conversation, I challenged them with a question: how will the people remember you when you have gone?

A week later, Pamela came to me with the idea of working with the kids in their neighborhood. “We will have the kids come to us every Sabbath afternoon,” she said, “and we will tell them Bible stories.”

Since they were concerned about their ability to communicate in French, I spoke to Mariam, a church member in the same neighborhood, about their plans. She, too, had a burden for children’s ministry, so she eagerly agreed to help. Together, the three ladies began their program the following Sabbath evening. Soon, the kids were looking forward to it each week, and their parents (Muslims and animists) began to testify that their children’s behavior was changing.

When Pamela and Hannah left Guinea, the program stopped. But the parents asked Mariam to start it up again, so she did. However, it was difficult for her to do alone. She spoke with Talice, another SM currently serving as a medical worker, and Talice shared the idea with Natesha Bent, a former SM of ours.

Natesha was the homeschool teacher for our kids during the 2016/2017 school year. Unfortunately, she had to return to the States early to renew some travel documents, intending to come back and finish the year. Sadly, she fell ill and had to stay home. A short time later, her mother passed away. However, she still wanted to return to Guinea. So, when she heard from Talice, she caught a vision for a week-long VBS program. She arranged secretly with Talice to come to Guinea and surprise us!

Upon her arrival, Natesha explained her plan. On Sabbath, she and Talice rallied some young ladies in the church to help with their VBS program. It was a big success. The VBS was so much fun that it attracted kids from other neighborhoods as well. Parents in the neighborhood were very happy for the positive activities it provided for their children. We are thankful for Natesha’s initiative. To this day, parents in our neighborhood are asking if there will be another VBS next summer.

At the end of the week, before her departure, Natesha told us how fulfilled she felt—like a heavy load had been lifted from her shoulders. Between VBS programs, she also got to visit with her old friends.

The neighborhood VBS was an answer to Mariam’s prayers, a fulfilling moment for Natesha and a joy for the neighborhood kids. We praise God for sending us workers with hearts for His unreached children.