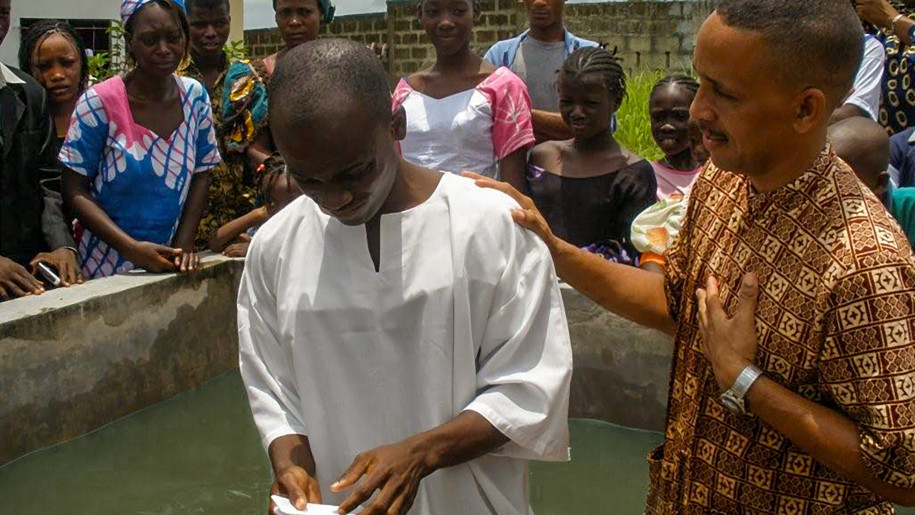 The Susu are 85 percent Muslim, and Islam dominates their religious culture and practices.

Ministering to the Susu since 2002

Numbering nearly a million, the Susu are primarily farmers. Rice and millet are their two principal crops. They also grow mangoes, pineapples, and coconuts. Children are expected to help with a large amount of the work.

The Susu are descendants of the thirteenth-century Mali Empire. They moved to Guinea after 1725 when the Fulani attempted to dominate them and managed to convert them to Islam. Today, many Susu are traders and experts in leather and metal crafts. They also fish and mine salt.

Susu houses are generally quite large in order to accommodate extended families. They are built of either mud or cement blocks, depending on what’s available. In the rural areas, roofs are usually still made of thatch. Most cooking is done over open fires.

Extended family is important to the Susu. Polygamy is allowed under Islamic law, but only some can afford to practice it. Although the Susu value good relationships, they tend to squabble with their neighbors, especially over money or property. Therefore, each village usually has a “wise man” as well as an elected or appointed leader to help resolve conflicts.

Friday meetings at the mosques are important social events for most Susu. The Susu are 85 percent Muslim, and Islam dominates their religious culture and practices. The New Testament is available in their language.

By God’s grace, the Susu Project is now in the phase-out stage of project implementation. Despite multiple challenges, including threats from jihadis, the Ebola outbreak, constant bouts with malaria, bandits on the roads at night, power outages, regular break-ins and the constant threat of low-level physical assault, the Susu Project team has accomplished its main goals.

A thriving mother church has been established in Fria, almost all from Muslim or Animist backgrounds, and this church is very active in the city of Fria in helping those in need, in deliverance ministry and in outreach. From this mother church, a thriving school has been established (in partnership with the General Conference), which has almost 800 students attending. The students are overwhelmingly from a Muslim background, but the school is run unashamedly as a Seventh-day Adventist educational institution according to principles found in the Bible and the SOP. Each year, students are baptized through the faithful witness of the teachers and staff. The school is financially self-sufficient – a minor miracle in Guinea, and has one of the highest high-school diploma pass rates of any school in the country.

Parallel to the school, 5 daughter congregations have been planted among Susu Muslims and Animists in neighboring towns. These daughter congregations are likewise active in witness and outreach. One has built and now operates its own mission school – entirely within its own financial resources. A team of 4 Bible workers serve under the direction of the Pastor of the Fria SDA Church, and those Bible workers are paid through the incomes generated by the school.

The Susu Project is a testimony to the hard work, dedication and sheer grit of a wide number of AFM missionaries, including Dr. Marc and Sis. Cathy Coleman, and the current Career Missionary family, the Cokers. As part of AFM’s normal project implementation plan, the Cokers are now stationed in the neighboring country of Sierra Leone (where they have been since the COVID pandemic broke out) and they continue to provide oversight for the Susu Project. Their main roles are coaching the national leaders at the Susu Project, including the pastor and the Bible workers, in the ongoing indigenous sharing of the Gospel and leadership of the schools and congregations. It is a necessary part of project implementation for Career Missionary families to move away from their project in order for the national leadership to have the time and space to really mature into their new roles.

AFM anticipates that this national leadership coaching will last through mid-2023, by which time the entire Susu Project will be handed over to the administration of the Guinea Adventist Mission.

The Girl Who Was Once Possessed, Part 2 of “Not Against Flesh or Blood”

Editor’s note: In Part 1 of our story, Pastor Leno described the direct spiritual attack the devil made upon the Susu project church, and how he and the members were able to overcome. Unsatisfied with the outcome, Satan then began to attack certain members individually. The following story describes a church member struggling with evil spirits.

Not Against Flesh and Blood, Part 1

The church, by God’s grace, recovered and is growing more than ever before. We are working hard to restore the unity and peace we used to enjoy, even though it isn’t easy.

Friends, let us not limit the power of God. Let your anchor take hold on the solid Rock, for He will not let you down.

“Your arrival will reignite the Christian flame that was extinguished. In all ways, we are very happy and open to your message.”

The Sabbath is becoming an issue for most of our young Adventists across the globe, especially in developing countries.

By providing high-quality education for our students’ minds, we gain the opportunity to educate their hearts and bring them to Jesus.

Ernestine was the first to come forward. Our eyes met, and we both began to cry. God had done His part, so Ernestine was doing hers. She was baptized that day in her new Pathfinder uniform.

The joy was overwhelming. Everyone rushed forward and pressed around Pastor Oumar, his wife and their first daughter.